Immediately after its foundation in 1953, the first Permanent sales gallery was opened in Terazije Square (the building on the corner of Terazije and Sremska Street). This gallery was moved to 12 Uzun Mirkova Street, and operates successfully today under the name of the Singidunum Small Gallery. From its initial layout, the Small Gallery changed its initial appearance and conception in 1982 when association members started exhibiting their works in the rooms.

SINGIDUNUM GALLERY, 40 Knez Mihailova Street, opened in 1980, is located in the heart of Belgrade`s cultural, tourist and business events. The citizens viewed the opening of a gallery whose name linked Belgrade to its ancient roots, as enhancing the city’s core by positively interweaving and binding visual arts from the fields of applied arts and design together with the interests of an extensive and diverse audience. Singidunum Gallery was designed as a sales gallery for works of visual and applied arts. The members of the Association of Artists of Applied Arts and Designers (ULUPUDS) and the Association of Visual Artists of Serbia (ULUS) exhibit and sell their creations on the ground floor, while independent, group and thematic exhibitions take place in the basement. 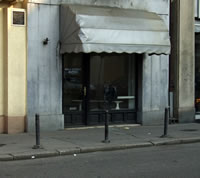 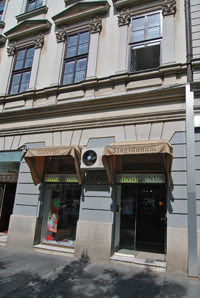